I love dogs. Probably more than people. Actually, I love my dog, Rabbit (that’s him in the above picture) much more than people. Let’s put it this way, if Rabbit was trapped in a fire and almost anyone else were also trapped in the fire, I would walk over that person to get to my dog. Only when he was safe would I consider going back inside. If you have a pet, you know what I mean. If you don’t, then shake your head and judge me. I don’t care. I love my dog more than you anyway.

Since this not a personal blog but a blog dedicated to all things Asian, I thought I would run down for you my personal top 10 favorite Asian dog breeds.

Before I begin, I want to note that just because you read about a dog on this list doesn’t mean you should go out and buy one. Instead, go to your local shelter or dog rescue group and adopt a dog! There are lots of dogs out there that need your love and many come already trained! 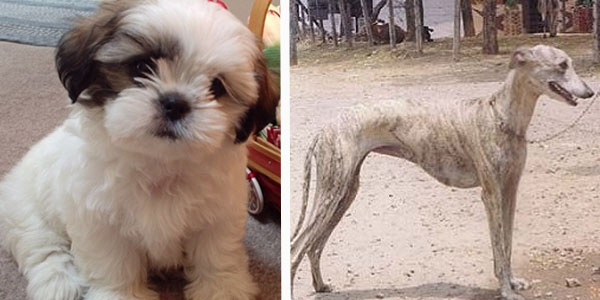 10. Shih Tzu (China)  I’m not a huge fan of small dogs but how can I not include a dog that looks like lion and is named after Xi Shi quan (according to legend, the most beautiful woman in ancient China).<

9. Rampur Greyhound (India) How can you go wrong with a dog that loves human companionship and used to hunt “lions, tigers, leopards, and panthers”? 8. Phu Quoc Dog (Vietnam) These dogs are awesome. They apparently aren’t afraid of heights (which is rare amongst dogs), they have web feet, and one of only three dogs “whose hair runs along its back in the opposite direction to the rest of the coat.” If I owned this dog I would probably name him froggy.

7. Chow Chow (China) One website called the Chow an “Oriental gentleman, the lord of the canines, the Emperor of Dogs” because of his regal look and aristocratic scowl. I don’t know about all that. But they do look very cute in that bitter senior citizen sort of way! 6. Telomain (Malaysia) These rare dogs are from the jungles of Malaysia and have “developed a rare climbing ability, which allowed them to climb the wooden ladders used to reach their owners’ huts.” That’s a pretty neat trick. I wonder if they could teach Rabbit it.

5. Shiba Inu (Japan) Not only are Shiba inu cute, they are “believed to have special characteristics associated with the concepts of spirit, obedience, loyalty and bravery and their temperaments are always calm and considerate, with great dignity.” These little doggies have great PR. 4. Bang-Kaew Dog (Thailand) This rare breed of dogs are the result of a domestic dog and jackal mating. But according to some legends they are a cross between a wolf, a fox, and a dog. I think the second story sounds more gangsta.

3. Kintamani (Indonesia) The Kintamani evolved from the Bali street dog (but again, some people think they are descended from a fox, dog, and wolf mating). They are fiercely independent and have been known to climb on roofs and sleep on garden walls. 2. Jindo (Korea) The jindo is known for their fierce loyalty, bravery, and intelligence. Some people think they are too intelligent for their own good. I wish someone would tell me that.

1. Akita (Japan) Full disclosure, Rabbit is half Akita so there was no way an Akita wouldn’t be the number one dog on my list! But it is not completely without merit. Don’t believe me? This quote says it all: “The Akita today is a unique combination of dignity, courage, alertness, and devotion to its family. It is extraordinarily affectionate and loyal with family and friends, territorial about its property, and can be reserved with strangers. It is feline in its actions; it is not unusual for an Akita to clean its face after eating, to preen its kennel mate, and to be fastidious in the house.” Need I say more?

Finally, Rabbit has his own Facebook fan page, join it and you can one of his minions too!

Writer/Producer Koji Steven Sakai is the founder of Little Nalu Pictures LLC and the CEO of CHOPSO (www.CHOPSO.com), the first Asian English streaming video service. He has written five feature films that have been produced, including the indie hit, The People I’ve Slept With. He also produced three feature films, a one hour comedy special currently on Netflix, and Comedy InvAsian, a live and filmed series featuring the nation’s top Asian American comedians. Koji’s debut novel, Romeo & Juliet Vs. Zombies, was released in paperback in 2015 and in audiobook in 2016 and his graphic novel, 442, was released in 2017. In addition, he is currently an adjunct professor in screenwriting at International Technological University in San Jose.
View all posts by Koji Steven Sakai →
This entry was posted in Family, Lifestyles. Bookmark the permalink.