This post is the last of a series that has introduced 8Asians readers to some of this year’s V3 Digital Media Conference (V3con) honorees, speakers, panelists, and performers. The V3con Opening Awards Reception will be held on Friday, June 20, 2014 and the V3 Digital Media Conference will be held on Saturday, June 21, 2014 at the Japanese American National Museum in Little Tokyo, Downtown Los Angeles. You’ll need a pretty high one, because each of the sessions we preview here will be held at S.H.I.E.L.D. Academy, in the great hall where the Wall of Valor sits! You know, the Wall of Valor to which Agent Ward (that creepy, two-faced HYDRA sleeper scum) took Skye (the Hapa Hacker from Hunan) to see the names of S.H.I.E.L.D. agents killed in the line of duty? 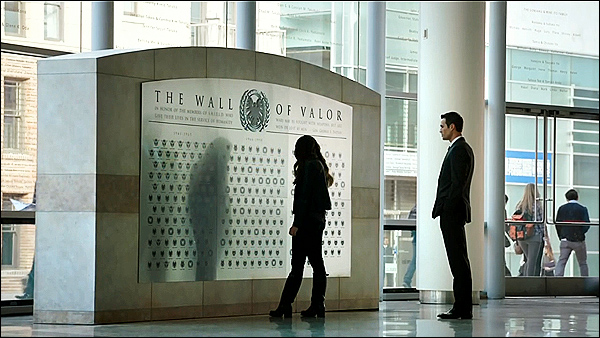 Oops, that was on TV. You won’t actually need a security clearance, but each of these sessions will indeed take place in the Japanese American National Museum’s Aratani Central Hall, which doubled as the setting for that scene in Marvel’s Agents of S.H.I.E.L.D. These featured programs include:

Online sign-up is closed, but you can still register in person! Visit V3con.com/registration/registration-rates for more info.

And finally, 8Asians will be live-tweeting the conference. Follow us on Twitter via @8Asians as we join in the V3con-versation!

Thanks for rating this! Now tell the world how you feel - Share this on Twitter and on Facebook.
(Nah, it's cool; just take me back.)
MOODTHINGY
How does this post make you feel?
This entry was posted in Community, Southern California. Bookmark the permalink.