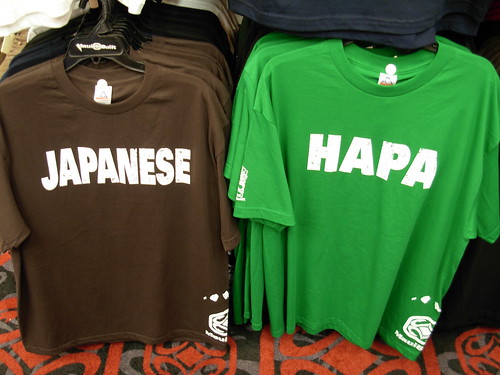 But after an interview with Kina Grannis, I realized that I had no clue what this word meant and asked. When you got right down to it, it basically it meant that you were half-white, and half-asian. Dang. There’s a word for that too? “Wow, that’s pretty cool,” I thought.

So in looking it up some more, I found that it originates from Hawaiian and while it used to have a derogatory connotation, it seems that over time there are enough hapas out there that have turned it around and made it a word that was to be proud of. Like Kina, there are entire communities and organizations proud of being hapa.

That in itself is pretty dang cool. Then another thought dawned on me. There are many of whom Hollywood made to be as asian which are in fact hapa. Off the top of my head, Russell Wong and Maggie Q come to mind.

Wow. I knew they were exotic looking, but I never knew there was a name for it. Learn new things every day I suppose.

Ben Hwang is involved in a number of online publications and also writes at his personal blog, LUX.ET.UMBRA. When he's not in the middle of starting companies and dreaming up new ventures, he is heavily involved in local community efforts. Currently resides in North Carolina.
View all posts by Ben →
This entry was posted in Observations and tagged Asian, hapa, white. Bookmark the permalink.