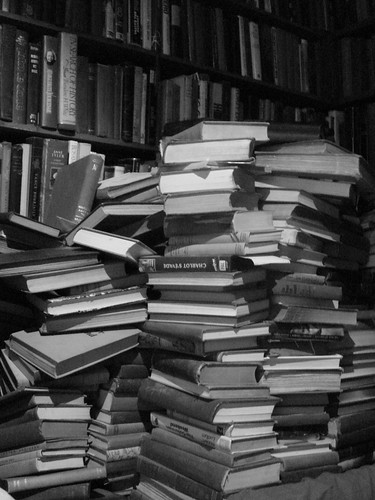 Our internal e-mail lists have us discussing all kinds of stuff: Asian American identity, representation in the media, the experiences of activism in an academia setting and its progression as we transition to the working, adult world. And sometimes, we talk about Bruce Reyes-Chow’s article of 10 Books to read for Asian Pacific American History Month from the San Francisco Chronicle.

Jeff: Ten books for APA History Month. Sad to say, I haven’t read any of them.

Joz: You haven’t read any of them? We’re taking your Asian card away. 😛 Just kidding. I’ve read about half of them — some of them are a little newer which means I haven’t gotten around to them yet. They should have included Lac Su’s book, I Love Yous Are For White People.

Koji: What? Other than Secret Identities (hehehe… especially the Meet Joe Story), this list is BS… hmmm… They forgot: No No Boy, Years of Infamy: The Untold Story of America’s Concentration Camp by Michi Weglyn (which basically proved that US’ claim that the incarceration of Japanese Americans was based on military necessity was totally and utter BS), Farewell To Manzanar, and more.

Moye: I’m surprised that No No Boy didn’t make that list either, especially since he mentions he was an AA studies major in college. But he does say this was his personal list for fun reading, not necessarily the go-to list. I’ve only read some of his picks but I’m just glad he didn’t put Amy Tan on there. And The Namesake is just solidly good writing. 🙂

Efren: Interesting choices. I’ve been totally out of the loop in terms of Asian Am lit (I used to teach it years ago!) so the only two that I’ve heard about in the list are Bulosan’s America Is In The Heart and InvAsian.

Although America Is In The Heart has been classified as an autobiography, most Filipino American studies folks consider it a novel since it’s agreed among most that the experiences written in the book are a conglomerate of experiences from his fellow [email protected] I remember reading a few bits from InvAsian and it is amazing. I also remember grumbling from Indian American lit crits that the Namesake is more pandering to white audiences and not really indicative of their experience too.

I just read the table of contents for Asian American Studies Now and part of me is feeling a little nostalgic since I’ve met about half the people mentioned in the reader — and that I’ve left all of that behind (I was totally being groomed by some of the people in the reader to become a prof in Asian Am) — and the geek in me is totally wanting to buy it and read it.

So, what say you — as APA Month winds down, what are some great books that aren’t on this list?

Thanks for rating this! Now tell the world how you feel - Share this on Twitter and on Facebook.
(Nah, it's cool; just take me back.)
MOODTHINGY
How does this post make you feel?
This entry was posted in Reviews, TalkAbout. Bookmark the permalink.