APA Spotlight is a weekly  interview of Asian Pacific Islander Americans (APIA) community leaders. It is a spotlight on individuals who have dedicated their careers to issues surrounding the APIA community with the goal of bringing much deserved recognition to their work and cause(s). 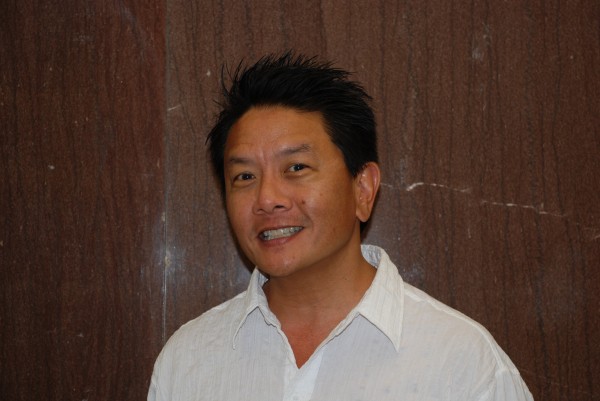 Marshall Wong is a native of Los Angeles and has worked for the L.A. County Human Relations Commission since 1999. He authors an annual report on hate crime and coordinates the agency’s anti-hate crime programs. Previously, he held positions with the Smithsonian Institution and in the Office of the Mayor of Washington, D.C.

He serves as co-chair of API Equality-LA. From 1991-1994, Marshall was a Fellow in the Kellogg National Leadership Program and has received awards from the National Multicultural Institute, the Organization of Chinese Americans, and the D.C. Mayor’s Office. He has studied Spanish in Mexico and Guatemala; authored articles for Social Justice, The Washington Times and Asian Week; and wrote a biography about his father Delbert Wong, the first Chinese American judge.

API Equality-LA is a coalition of organizations and individuals who are committed to working in the Asian and Pacific Islander communities in Greater Los Angeles for equal marriage rights and fair treatment of lesbian, gay, bisexual and transgender families through community education and advocacy

What is the mission statement of your life?
My favorite professor in grad school said something that has stuck with me all these years: People in helping professions can ameliorate pain while exacerbating the underlying social contradictions. In other words, it is not enough to provide legal, material, and social support to assist those in need, we must also shine a light on the structural reasons people are needy.

How did you end up doing what you’re doing?
My family history is a typical Asian American story, with a few significant twists. Some of my ancestors immigrated to the U.S. as early as the 1860s during the Gold Rush. I’m the descendant of a “gum saan” or “gold mountain” family that were among the earliest Chinese Americans in California. They encountered tremendous racial discrimination. Both of my parents were the first members of their families to complete high school and both went on to complete college and grad school. Back in the 1940s, this was a huge achievement. My father studied law and went on to become the first Chinese American judge. My mother was a psychiatric social worker who left professional life to raise children and later became a full-time volunteer for various civic and Asian American causes. They raised four baby-boomer children who all became activists. My mother took me to my first demonstration as a child where we marched with other Asian Americans including George Takei in opposition to the Vietnam War. How many people can say that? I went on to volunteer with the United Farmworkers Union in high school and got involved with Asian American and Third World organizations at UCLA. Given the early influences of my family, it’s not that surprising that I wound up on this path and ultimately became an advocate for marriage equality in the Asian community through API Equality-LA.

If Hollywood made a movie about your life, whom would you like to see play the lead role as you?
I’ve always thought that John Cho would be the perfect choice. My friends insist that Margaret Cho would be more appropriate. How rude is that? (By the way, both of them are big supporters of the freedom to marry).

How can people find out more about your organization or get involved?
If people want to learn more about API Equality-LA, they can visit our website www.apiequalityla.org or simply call us at our new office at (213) 290-5535. We have monthly general coalition meetings and some great committees that coordinate our outreach, public education, fundraising, media/website, and faith community work. We can utilize the contributions of anyone from general office assistance, to blogging, to public speaking. There’s a place for everyone.

If you had a crystal ball, what do you see for the future of the Asian Pacific Islander American community?
We’re growing in numbers, political strength, and economic clout. But we’ve got a long ways to go in uniting around a common agenda. For example, Asian Americans are deeply divided on same-sex marriage. Younger people, English-speakers, and non-churchgoers tend to support the freedom to marry. Older voters, the linguistically isolated, and churchgoers tend to oppose it. Few people are undecided. But history is on our side, and it is only a matter of time before younger voters grow in numbers, shift the balance of public opinion, and end legalized discrimination.

Bonus Question: What advice do you have for young professionals? Would you give different advice for young Asian Pacific Islander American professionals?
In this economy? Don’t quit your day job. But on the serious side, I would advise young professionals of all backgrounds to think about how they can be a part of something larger than themselves. Young professionals may not have the big bucks, but do have the education and skills to be agents of change around issues for which they are passionate. In API Equality-LA, we are attracting and nurturing a new generation of Asian American gay and lesbian activists and allies.

Bonus Question: What are your comfort foods and what memories do you have associated with them?
Jook (rice porridge). As a child, my mother made that for me when I was sick. For my birthday she would prepare bok op (squab).

Bonus Question: What’s your guilty pleasure?
For the most part, I enjoy life’s pleasures guilt-free. With one exception. Currently, I’m hooked on The Walking Dead. Sunday nights I devolve into being a fifteen year-old.