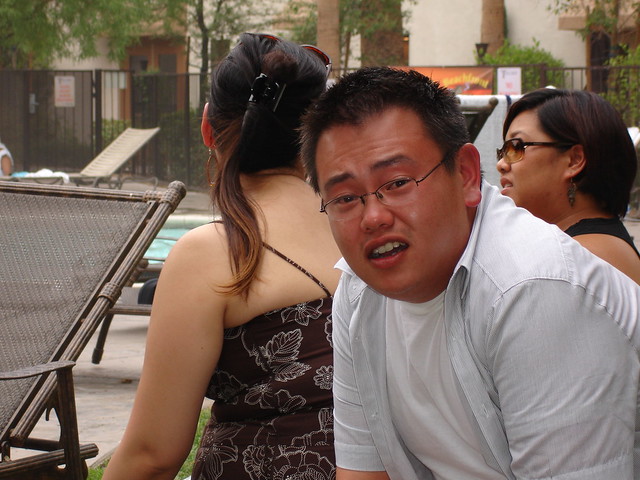 Here at 8Asians, we always love having an excuse to put up the picture of Drunk Ernie, especially since a picture of a drunk me isn’t quite as hilarious, even if I am also a fat gay Asian guy who’s also known for blogging.  Imagine my delight here when a colleague showed us this article about Asians, alcoholism and drug treatment with a rather long and admittedly unexciting title. “Pharmacogenetics of Naltrexone in Asian Americans: A Randomized Placebo-Controlled Study” was published in the journal with perhaps the longest one word title known to academia: Neuropsychopharmacology. I’ll bet you that’ll be the winning word in a spelling bee.  For a soon-to-be pharmacist like me, it caught my attention.

The drug in question known as naltrexone was studied by scientists over at UCLA. Naltrexone belongs to a group of drugs that are used to help drug addicts get over their addictions. The scientists discovered that certain East Asians, namely Chinese, Korean and Japanese, carry a gene that makes this drug work better. The article is pretty cool for two reasons: firstly, many drug studies have focused only on Caucasians with very few focusing on people of color, particularly Asians. Secondly, it begins to address the more sociological issue that racism has peppered the supposedly colorblind world of medical and scientific research, and studies like these need to be done to see how we can begin to erase those differences.

That being said, it is irritating to read that the article says “Asian American” when it only addresses three groups within Asian America. Even then, it fails to address that there are many groups within Asian ethnic groups like the Chinese. In a previous post, I wrote how Cantonese were more likely to be subject to the “Asian flush,” so it makes even the supposedly specific term Chinese rather problematic. Also, since the article doesn’t specifically address how often the mutation occurs within these groups, it’s hard to make the recommendation that naltrexone is something that can be used for Chinese, Korean and Japanese alcoholics as a blanket statement.

Despite these criticisms, it’s a good start to begin addressing the issue of ignoring non-Caucasians in American medical research. And of course, it’s an awesome excuse to have Drunk Ernie again. Maybe we can start a meme around him.

Efren is a 30-something queer Filipino American guy living in San Francisco. In the past, he was a wanna-be academic even teaching in Asian American studies at San Francisco State, a wanna-be queer rights and HIV activist, and he used to "blog" when that meant spewing one's college student angst using a text editor on a terminal screen to write in a BBS or usenet back in the early 90s. For all his railing against the model minority myth, he's realized he's done something only a few people can claim--getting into UCSF twice, once for a PhD program in medical sociology which he left; and then for pharmacy school, where he'll be a member of the class of '13. He apologizes profusely for setting the bar unintentionally high for his cousins. blog twitter
View all posts by Efren →
This entry was posted in Food & Drink, Health, Lifestyles. Bookmark the permalink.