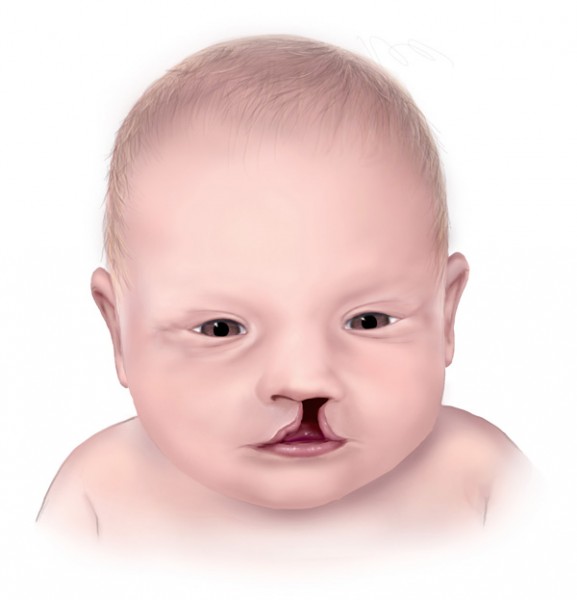 Asian Americans have a higher probability of being born with Cleft Lip and/or Cleft Palate than other ethnic groups.  According to this article from the Department of Health and Human Services, Asians American have an occurrence of Cleft Lip or Palate in 1 out of 800 births, compared to roughly 1 in 1,000 for whites and 1 in 1,200 in African Americans. Cleft Lip and Cleft Palate are birth defects where there is a cleft or fissure in the lip or the roof of the mouth.

Cleft Lip is more common than Cleft Palate but can occur together. Both can cause problems with feeding and talking, and also cause problems with teeth and ear infections. Fortunately, both conditions can be fixed early in the babies life with surgery.

This study disputes that there is a difference in Asian occurrence of Cleft Lip and Cleft Palate, saying that previous studies did not distinguish between nonsyndromic (isolated) and syndromic instances. I would say that if your kid had one or both of these defects, you wouldn’t really care if they were syndromic or not.  The causes are not fully understood but are thought to be a combination of genetic and environmental factors. Some studies point to risk factors such as the mother having diabetes before pregnancy or smoking when pregnant.