The Great Firewall of China

There is a lot to be said about the Great Firewall of China. Also known as the Golden Shield Project, this baby has been intact since 2003, but has been in design since as early as 98. The goal of this is to restrict any information that might jeopardize their control over the current media mediums. The easiest of this is by blacklists, but there are other items such as keyword blocks and selective routing. 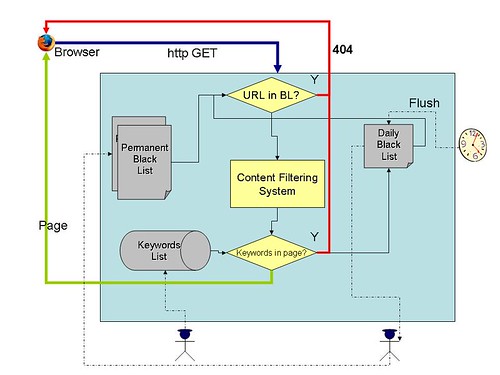 DNS poisoning anyone? Funny that many of the so-called features were and are tactics for simplistic network hacking and misdirection. All of which is done at the router level.

So the big question however on everyone’s mind is… is 8Asians influential enough to even gain a block from the Golden Shield? So far, I’ve heard mixed reviews so I decided to put it to the test. Other 8A authors have said that it indeed is blocked. Yet John Kennedy from Global Voices, tested the link from Beijing University and had no issues getting through.

So which was it?

The Great Firewall of China test site came back with a block. Yet Website Pulse’s China test site came back from their servers in Hong Kong, Beijing, and Shanghai all with flying colors. The partial block straight out would mean that we are probably not blacklisted. In fact, it could only be a localized or separate blacklist provision since you would think that any type of routing that is blocked by Golden Shield would be blocked regardless of where the servers are due to how the main routing tables are set up in China.

One day perhaps we’ll actually see that 8Asians has risen to the top of the block list. But for now, we’re still getting through.

Ben Hwang is involved in a number of online publications and also writes at his personal blog, LUX.ET.UMBRA. When he's not in the middle of starting companies and dreaming up new ventures, he is heavily involved in local community efforts. Currently resides in North Carolina.
View all posts by Ben →
This entry was posted in Technology. Bookmark the permalink.