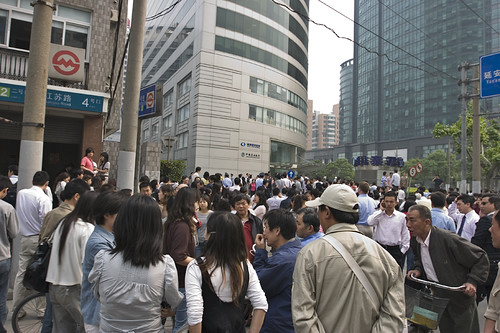 Near Chengdu, China in the Sichuan province, a 7.8 earthquake struck. After shocks were felt all over the country as news spread like wildfire across world news. People everywhere evacuated out to the streets since it is said to be unsafe to be on the sidewalks since they’re close to the buildings and buildings all over have sustained some damage.

Five thousand are feared dead depending on the news source. CNN was reporting it at three thousand only moments ago and has since updated their article to five. Phoenix TV in China has a special website following the news and are actually more conservative on the death toll saying that it’s between three to five thousand. Some of the worst news includes the fact that several schools were collapsed by the quake.

Here at 8A, our thoughts are with those on the other side of world trying to just live past this day of tragedy.

Ben Hwang is involved in a number of online publications and also writes at his personal blog, LUX.ET.UMBRA. When he's not in the middle of starting companies and dreaming up new ventures, he is heavily involved in local community efforts. Currently resides in North Carolina.
View all posts by Ben →
This entry was posted in Current Events and tagged China, earthquake, fatality, quake. Bookmark the permalink.