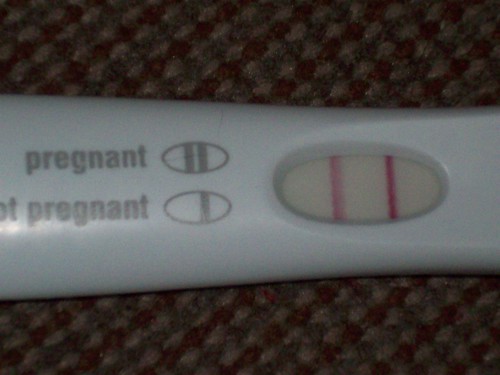 (Every so often, we here at 8Asians get e-mails asking for advice. Here is one such e-mail from a white girl with an Asian boyfriend — let’s call her “H” — asking for advice on how to deal with her boyfriend’s mom now that she’s pregnant with his child.)

I have had the incredible good sense to get knocked up with [my Asian boyfriend’s mothers] grandson, due in January. I live with the baby’s father now, and consequently that means I live with her, too.

I should note that it’s also fortunate for me there is a significant language barrier. To date, I have endured: my clothes being hidden, replaced with strange clothes, rearranged -being chaperoned to my OB visits (where she like to play with the reproductive flip charts and ask in broken English what part does what) – eating God knows what because it’s good for pregnant women and I am not nearly the size I should be to give her the size grandson she needs to save face in the Chinese community for having fed me the last months of the pregnancy – attempted molestation with a towel to demonstrate “nipple toughening” (this was a situation where the language barrier was not to my advantage) – opening of my mail – crib feng shui – and the latest adventure, roaming the halls of Babies R Us doing a baby registry.

Neither she nor the baby’s father are (openly) unkind to me; and I have to admit, not being allowed to do housework and being stuffed like a Christmas goose aren’t the worst things in the world. It’s just that I have lived here two months and I don’t feel any closer to adjusting to the dynamic than before, and if nothing else wanted to provide some entertainment and gain some insight to someone who does understand the culture and could give me some perspective?

One side note (if it makes a difference to my tale) we aren’t married. And at the moment, the thought of this life (for the rest of my life) is hard to fathom. Do the Chinese have it wrong? I don’t think so — look at where the push for independence has left the majority of American families. There just has to be a happy medium somewhere … If nothing else, someone somewhere has to be going through what I am going through? Right? Right? I guess I just need an answer to one question: is there hope for compromise, or does one just need to bow down to the all powerful Asian grand/mother?

So, potential for hilarious sitcom aside: does anyone have any good advice for “H”?

Thanks for rating this! Now tell the world how you feel - Share this on Twitter and on Facebook.
(Nah, it's cool; just take me back.)
MOODTHINGY
How does this post make you feel?
This entry was posted in Ask an Asian, Family, Lifestyles. Bookmark the permalink.