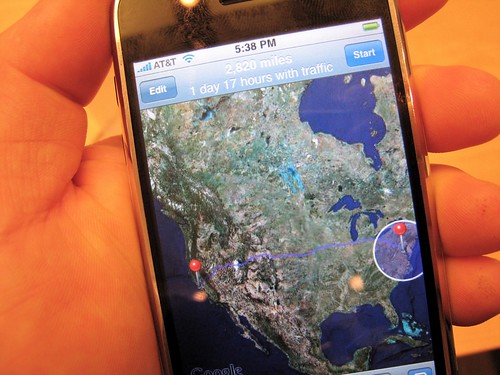 A couple of years ago back in high school, I attended the National Association of Independent Schools/Student Diversity Leadership Conference in Miami. The purpose of this three to four day conference was to reinforce our racial identities through participating in “privilege” activities and brainstorming ways on how to improve diversity at our schools. Four of us represented our upper-class white school — but by some strange stroke of chance, we came to evenly distribute each race: One black, one Latina, one white, and me. We were divided into different groups; first randomly, then by race. Of course, I had no crisis figuring out where to go. In our Asian caucus, we divvied up charts taped throughout the room for us freely to scribble on stereotypes associated with the names: “Asian dating,” “Asian parents,” and one that stood out to me: “East Coast vs. West Coast Asian-Americans”.

As I was baffled on what that meant, I skipped that poster. At the end when all permanent markers dried out from our verbal rants, I saw that the majority of the comments described East Coast Asians as “ghetto” and poor, who “don’t spend our parents’ money,” while West Coast Asians were materialistic and rich, and “more Americanized”. Since I was born a NYC’er (which I guess automatically makes me a hardcore East Coast Asian-American), I replayed visually the few times I visited Los Angeles and San Francisco; I remembered noticing that many Asian girls on the street did carry Gucci and Prada purses, and the boys were mostly nicely dressed with gelled hair.

But is there really a sub-culture I’m not aware of? If there is, is it due to oh, maybe the siren-inducing obsession with celebrity in plastic Hollywood? I know these are stereotypes, but all stem from some truth. I mean, I can safely assume that there are more Japanese in Los Angeles than New York. Right? What do you think?

About Vannie: I’m a 20-year old Taiwanese-American female residing in New York City. I like to call myself an AAA (Aspiring Asian-American Activist.)

Thanks for rating this! Now tell the world how you feel - Share this on Twitter and on Facebook.
(Nah, it's cool; just take me back.)
MOODTHINGY
How does this post make you feel?
This entry was posted in New York, Observations, San Francisco Bay Area, Southern California. Bookmark the permalink.