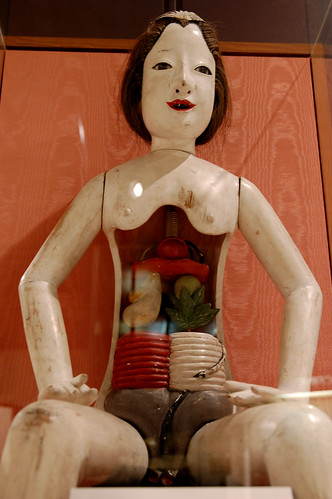 Health care is the hot topic in Washington right now, so here are some great APA perspectives on various aspects of the issue. Thanks to Curtis Chin at APAP for sharing the following links:

Five Years to Life – How Congress is failing to meet the needs of APIs in Health Reform by Sara Sadhwani
Each day we hear about the need to reform our health care system, and often the conversation focuses on those trying to derail the process. We often hear about the skyrocketing costs leading to bankruptcy for many families, the insurance company profit margins and the economic costs and benefits reform could potentially bring. What we don’t hear about are the large swaths of the American population that will be left out entirely. Among them: Immigrants.

The Price of Beauty: Nail Products Contain Harmful Chemicals by nchung
The demand for “mani/pedis” and other beauty salon services has grown steadily over the past few decades. Nail salon and other cosmetology workers handle solvents, chemical solutions, glues, and cosmetic products that contain chemicals known to be carcinogenic and suspected to cause reproductive harm on a daily basis. Of the more than 380,000 nail technicians nationwide, a staggering 42% are of Asian descent. With occupational exposures, history of immigration, barriers to health awareness, and limited access to health care, this immigrant population has a complex health risk profile.

My Experience With Health Care in America by pat ma
On Saturday, I wrote a neutral summary of Obama’s Health Care Plan. Tonight, I’m going to write two more-personal stories. First, about my experience with health care in America and second, about my parents’ experience. I have a big fear of visiting doctors. Even with health insurance, insurance companies always find ways to weasel out of paying for your visit and sticking you with the bill. Last time I went for a “routine physical,” it cost me $600.

Samoans are fat? by Val L Jacobo
Yes, Samoans are fat. Does that surprise anyone? According to the State of Asian American, Native Hawaiian, and Pacific Islander Health in California Report, (Report), commissioned by the Caifornia Asian Pacific Islander Joint Legislative Caucus, there is an alarming epidemic of overweight children in California. Samoan children have the largest percentage (54%) of all children in the state of California whose body mass index (BMI) is not within the healthy Fitness Zone.

End of Life Decisions and Health Care: Who Gets to Be Right? by Ming Bee
My dad died from “complications associated” with Stage IV lung cancer, which, to me, means that the crap treatment he got from the local county hospital made him sicker than he already was. I flirted with the notion of filing a lawsuit, but concluded it would not be worth the effort — especially since the impetus for our claims would be that the attending pulmonologist lacked manners and tuned out second opinions.

jozjozjoz is a taiwanese-american gal who lives and blogs underneath the hollywood sign and who doesn’t clean her fishtank unless the fish starts to do the backstroke. she is also able to leap tall buildings in a single bound, but cannot stop from bumping into door handles, cabinet doors, and anything else that protrudes or has a sharp edge. she does not run with scissors for this same reason. she can pet the fur off a dog but don’t ask her to go anywhere near a horse. or a moth. or a roach. her dealings with L.A.’s finest (aka the parking violations department) are legend, as are her giant sneezes. Other than the two too many joz’s, jozjozjoz is a perfectly normal, relatively sane individual who defies the odds, reaches for the stars, and carries moonbeams home in a jar. She’d rather be a fish… but not in her own dirty fishtank. http://www.jozjozjoz.com
View all posts by jozjozjoz →
This entry was posted in Current Events, Health, Lifestyles, Politics and tagged congress, Current Events, Health, Heathcare. Bookmark the permalink.