Which is the “Best” College for Asian Americans? 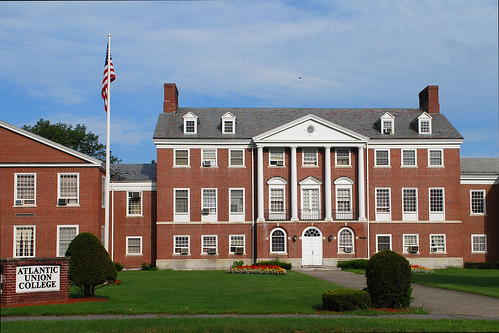 Asian-Nation.org, run by Professor C.N Le of UMass Amherst recently reprinted a statistical study of college campuses from 9 years ago regarding Asian/Asian American student population, splitting schools amongst “Top Universities” and “Top Liberal Arts Colleges.”  The “best” university for Asian Americans is the University of Hawaii (which is unsurprising considering that Hawaiian natives are technically Pacific Islanders), and the “best” liberal arts college is Pomona College, its sister schools Claremont McKenna College and Scripps College aren’t far off at rank number 7 and 19, respectively.

As a college student, I can say with some confidence that these numbers tell less than half the story.  While there may be a bunch of Asian American students at various campuses across America (especially on the West Coast), it does not mean that they are active in discussions about race or participate in Asian American clubs.  I know from personal experience that a high number of Asian American students or Asian American clubs do not necessarily translate to dialogue or debate; in fact I attend a college on the top 15 list and felt very much ostracized because I didn’t think there was enough discussion about race.  Another quick note is that Harvard, Dartmouth, and Tufts, the three college campuses that had some noticeable controversy involving Asian American in the past year, are not in the Top 25 for universities or liberal art colleges.  However, take the information with a grain of salt as the statistics could have very much changed within the last 9 years.

Therefore, to update that list Angry Asian Man and the Asian Pacific Americans for Progress is calling out for nominations for the “best” college for Asian Americans.  I share because I worry that race relations have taken a backseat on many college campuses and that more and more students are becoming apathetic about race when it is still a pressing issue.  Therefore I request that all students who have the time and opportunity to nominate their school do so; if you feel like you are struggling to answer some of these questions, it’s because your college should be doing a lot more! I just submitted my school.. you should do the same!

Kevin is a Taiwanese-American college student in Claremont, CA who immigrated from Taipei to the suburbs of LA when he was six. He enjoys intelligent hip-hop, poetry, watching football (both kinds), playing basketball, sudokus, and delicious fruit.
View all posts by Kevin →
This entry was posted in Education. Bookmark the permalink.