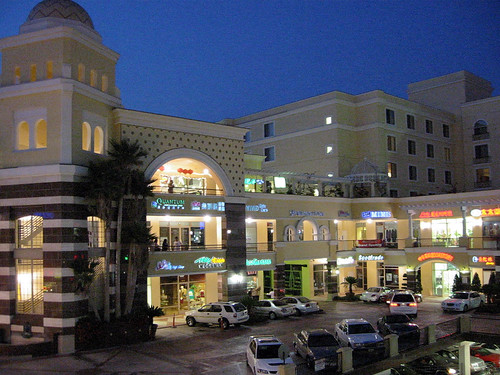 I was born and raised in the San Gabriel Valley (SGV). For those of you who don’t know, the SGV is east of Los Angeles. According to Wikipedia, “…the area is in general one of the most ethnically diverse regions in the country.” But I like it because it is full of other API folks. APIs made up more than 60% of my high school. But driving through San Marino, Alhambra, San Gabriel, and other nearby cities it can sometimes feel as though you’re driving through Asia. And I like that. I like the feeling of being with other people that are of my race. The only problem of course is when I venture outside of my small enclave and realize I’m a minority everywhere else.

One of the best things about living in the San Gabriel Valley is the good — read, authentic — food. I have three favorite restaurants that everyone who is in the Southern California area should try at least once. They are, in no particular order:

SGVers, what are your favorite places to eat in San Gabriel Valley?

Writer/Producer Koji Steven Sakai is the founder of Little Nalu Pictures LLC and the CEO of CHOPSO (www.CHOPSO.com), the first Asian English streaming video service. He has written five feature films that have been produced, including the indie hit, The People I’ve Slept With. He also produced three feature films, a one hour comedy special currently on Netflix, and Comedy InvAsian, a live and filmed series featuring the nation’s top Asian American comedians. Koji’s debut novel, Romeo & Juliet Vs. Zombies, was released in paperback in 2015 and in audiobook in 2016 and his graphic novel, 442, was released in 2017. In addition, he is currently an adjunct professor in screenwriting at International Technological University in San Jose.
View all posts by Koji Steven Sakai →
This entry was posted in Food & Drink, Southern California. Bookmark the permalink.