‘Glee’ is Looking for a Filipina Maid 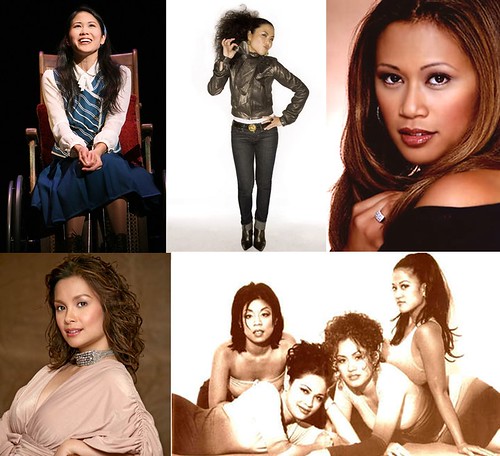 It’s just a couple of days before the season premiere of Glee (on April 13th to be exact) and I, like millions of others, am more than ready for the TV-meets-musical phenomenon.

Let’s just forget the fact that there is an element of stereotyping with this casting call. For one, Sue (the arch nemesis of the show) is already the most politically incorrect cheerleading coach on the face of the planet. The audience already hates her – so it’s expected. Secondly, Jane Lynch does a brilliant job slipping into the tracksuit of the acerbic Sue. Thirdly, if we spent all of our time dissecting all the culturally sensitive items in this show, we would be here for a long, long, long time – so let’s just enjoy the fun musical numbers on the show!

Nonetheless, if the producers of Glee still haven’t found someone to fill the role of Amelda, I took the liberty to compile a list of Filipina singers/actresses who would be perfect. However, I have taken the detail of “fiftysomething” out of the equation. Asian people don’t age, so that detail is irrelevant.

Dino-Ray Ramos is a movie hobbit, social media swaggerist, pop culture junkie, smart-mouthed Asian American warrior, and a well-rounded inhaler of all things entertainment. After uprooting from Texas, he migrated to San Francisco where he shares his irreverent take on high and low brow aspects of culture. In addition to feeding TheFinerDandy.com he writes for AfterElton.com, Hyphen Magazine and the San Francisco Chronicle. You can also boost his self-esteem by following his musings on Twitter
View all posts by Dino-Ray →
This entry was posted in Entertainment, Music, TV and tagged Deedee Magno, Filipinos, Glee, Harry Shum Jr, Jenna Ushkowitz, Jocelyn Enriquez, Joyo Velarde, Lea Salonga, Pinay, tv. Bookmark the permalink.