The 8Asians Talk About: Ching, Chong and Chick-Fil-A 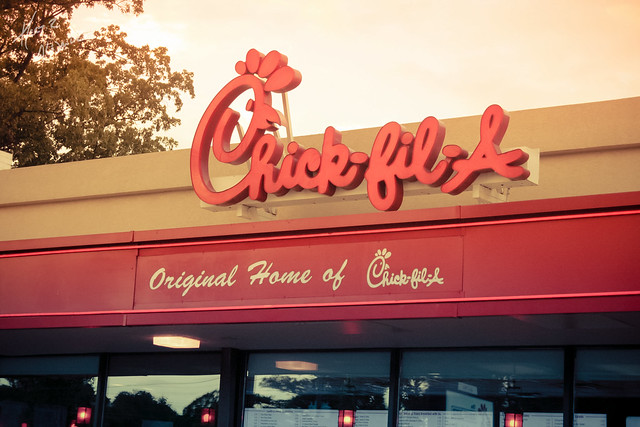 Our internal e-mail lists have us discussing all kinds of stuff: Asian American identity, representation in the media, the experiences of activism in an academia setting and its progression as we transition to the working, adult world. And sometimes, we talk about a recent story of Lia, a minimum-wage cashier at a Southern California Chick-Fil-A who thought she could get away with naming two of her Asian customers “CHING” and “CHONG” on their receipts. And then about the restaurant chain itself that serves crispy chicken sandwiches. Delicious, hate-filled, crispy chicken sandwiches. Let’s watch, shall we?

Ernie: Congratulations Lia from Irvine, California – you just got shit-canned.

John: Funny and scary how quickly the Internet can get you fired.

Moye: “Company officials say the incident doesn’t reflect corporate views and stands in stark contrast to its ethos.” I wonder where anti-gay rhetoric stands in their ethos. Also, it would have been MUCH more appropriate if Lia had used names like “Esther” and “Kevin.”

Jeff: Wow. I have never even seen a Chick-Fil-A.

Ernie: I finally went to one when I was in Georgia last New Years. They are closed on Sundays, open their stores with prayer and the spicy chicken sandwiches are, ashamedly, kinda delicious.

Joz: They’re popping up all over So Cal these days, especially in OC. For the longest time, the only one in the area was in Fontana, CA and a friend of mine was so obsessed with Chick-Fil-A that he would drive there from Vegas (220 miles) so he could have them. […] Once, when I made the mistake of riding with him to Vegas, he forced us to stop at Chick-Fil-A for dinner. He dropped me off with the instructions to order 10 orders of 12 piece chicken nuggets while he went to another store to get something. The Manager’s response when I placed the order was, “Is this for real?” When I said that I was being completely “for real,” he suggested that we order the medium party tray of 120 nuggets (which was cheaper). So this is what we were eating on the drive to Vegas.

Susan: At least he was helpful?

Joz: Yes, he helped us save something like $1.38 on our chicken nuggets.

I'm the creator of 8 Asians and one of the editors. While I'm a regular blogger to the site as well, think of my role as Barbara Walters on "The View," except without the weird white hair. During the day, I'm a Developer for a major Internet company and live in the San Francisco Bay Area. I've also been writing in my blog, littleyellowdifferent.com, for seven years.
View all posts by Ernie →
This entry was posted in Discrimination, Food & Drink, Observations, TalkAbout. Bookmark the permalink.