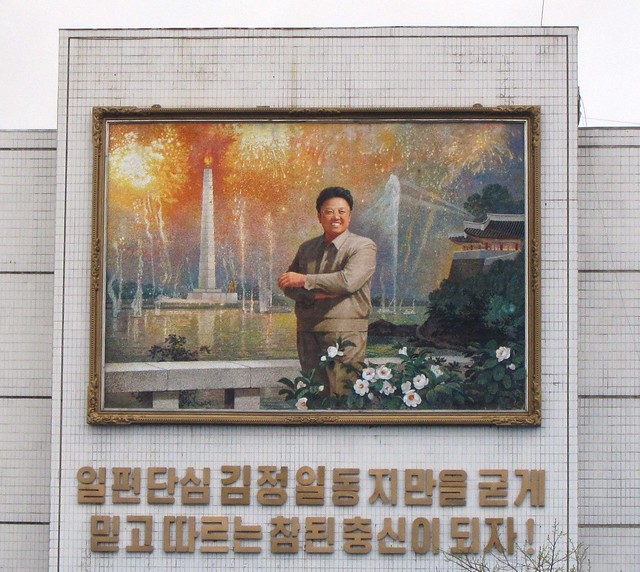 From a breaking Reuters news report: Kim Jong Il, according to North Korean news, has died. There will be plenty of websites talking about the life and times of the Supreme Leader of the Democratic People’s Republic of Korea and the state of North Korea, a country known for its self-reliance called juche. There will probably be a segment on the “diplomatic theatrics” of his meeting with Bill Clinton for the release of Laura Ling and Euna Kim.

But here at 8asians – and, let’s face it, most Americans under the age of 40 – he was seen as a person so out of touch with western society that he was the endless source of mockery, from being the subject of eHarmony parody videos and weird rap videos to bad Halloween costumes and having a cameo on 30 Rock, albeit played by Margaret Cho.

He’ll be missed by millions upon millions of North Koreans who will be sent to labor camps if they don’t miss him properly.

I'm the creator of 8 Asians and one of the editors. While I'm a regular blogger to the site as well, think of my role as Barbara Walters on "The View," except without the weird white hair. During the day, I'm a Developer for a major Internet company and live in the San Francisco Bay Area. I've also been writing in my blog, littleyellowdifferent.com, for seven years.
View all posts by Ernie →
This entry was posted in Current Events, Politics. Bookmark the permalink.