How to Be A Bad Asian: I Moved Away From Other Asians 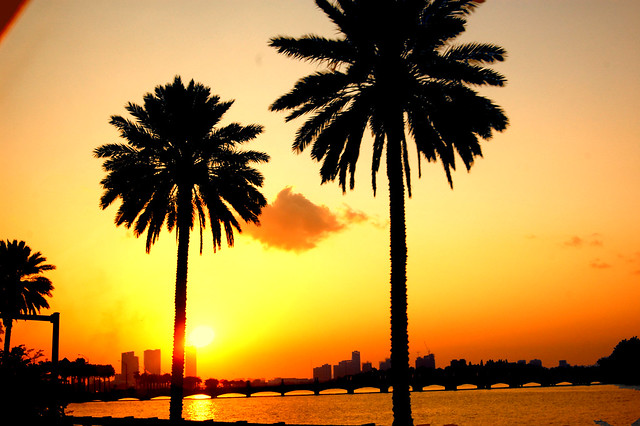 I was born in California. I enjoy subtle American things, like using credit cards and asking for extra sour cream in my burritos and watching reality shows and tweeting about it. On the flip side, my parents are immigrants, so the standard cultural immersion stuff comes to play: No English to be spoken at home! Chinese school growing up! Living in the San Francisco Bay Area, where if Asians weren’t the majority, they were at least a familiar part of the community fabric. And The past five years, I lived in San Francisco, a city where one out of every three people is an immigrant from Asia, or at the very least, a direct descendant of one. I was picked on at school because I was “the fat weird one” rather than being “the Chinese one.”

So why on earth would I move to a place where I was “the Chinese one?” On my own accord?

In San Francisco – like other populated cities in California – people associate the Chinese less with “those people that ruin our economy” as much as they are “those people that somehow get onto the busses without paying for them.” Hungry? How about dim sum? Or ramen? Or Korean BBQ? You go to a Chinese New Years parade in San Francisco, and the largest contingents you see are the white kids enrolled in the Chinese Immersion schools, dressed like whatever zodiac animal it is. Starting a fucking blog about Asian American issues surely hasn’t hurt any.

And then, on a vacation to Miami with my best friend, I met someone. He’s handsome, motivated, funny, clever. He runs a theater – an actual brick and mortar one, none of that virtual shit – so he can’t move to San Francisco. We have a long distance relationship for two and a half years. And then, last week, I bought a one-way ticket to Miami Beach to move in with him. Miami, nicknamed the “Capital of Latin America,” is the second largest city with a Spanish Speaking majority. Miami Beach, where I live, is the island right off Miami, the Miami that everyone sees when they’re watching the credits to The Birdcage, Dexter, CSI: Miami, or that one Will Smith video in the 90s.

Neither city is known for their Asians.

I mean sure, there are SOME Asians: there are the tourists and the foreign exchange students that go to FIU and the people that serve pork buns at the one dim sum restaurant I’ve found. But most of this city is Latin; 65% of this city has learned English as a second language. A couple of cashiers at the local CVS have assumed that I’m Chinese-Cuban, rather than Chinese-American, asking if I wanted paper or plastic bags in rapid-fire Spanish, completely indistinguishable from the Spanish I learned my one-year of High School which pretty much consisted of the phrases “Juan es alto” and “Hable has despacio, pro favor.” Usually my “these Latins are older than me, so maybe I can treat them as Asian elders” instincts kick in and I start doing a series of micro-bows, repeatedly saying “Lo siento” and “No espanol.” They stare back at me and frown.

So this is why I am a bad Asian: rather than stick to my creature comforts of California, I have decided to take a chance and move across the country for someone in Miami Beach, a town full of things that are unfamiliar to me as someone who grew up in San Francisco, much less someone brought up Asian American. As I just moved here a week okay, the weather is weird and the people are really pretty but kinda rude and I’ve been eating less pork buns and more empanadas and I’m fairly certain that in about two or three weeks, I’ll just sit on the floor of my empty, not-quite-painted apartment and bury my face in my hands and just generally freak the fuck out. But because I run a blog talking about Asian American issues, you’ll be the first people to read about it.

It’ll be an experience. Or as they say it here: Una experiencia. Because I’m trying, you know.

I'm the creator of 8 Asians and one of the editors. While I'm a regular blogger to the site as well, think of my role as Barbara Walters on "The View," except without the weird white hair. During the day, I'm a Developer for a major Internet company and live in the San Francisco Bay Area. I've also been writing in my blog, littleyellowdifferent.com, for seven years.
View all posts by Ernie →
This entry was posted in How To Be A Bad Asian, Lifestyles, Observations. Bookmark the permalink.