Marion Barry and His Issue Against “Dirty Asian Shops” 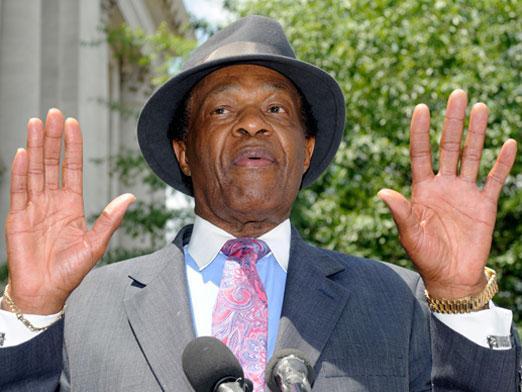 After celebrating his win today in the Democratic primary for the Ward 8 on the D.C. Council, Former District of Columbia Mayor Marion Barry made this particular comment at his victory party:

“We got to do something about these Asians coming in and opening up businesses and dirty shops,” Barry said. “They ought to go. I’m going to say that right now. But we need African-American businesspeople to be able to take their places, too.”

Whoa there, now. Why does this make me think of the LA riots all over again? Especially with the role the media played in causing a stir to pit the African Americans against the Korean Americans? Imagine if it was a white politician who said this about African Americans, now that for sure would be on instant front page headlines and we would be hearing about this for DAYS.

Barry has yet to make a statement about the real intentions of his comment but I think it’s pretty clear: this dude has a problem with Asians.

UPDATE: It looks like Marion made a slight clarification with his tweet but why is he only targeting Asian businesses?

Edward Hong is an actor and spoken poet. Passion to make a change in this world through the performing arts and activism defines his ongoing life and it is the struggle against all things unjust that gives him this passion to be one heck of a talkative, stubborn man. It, however, does not mean he strives to be a champion or role model of any community but to be the man who will be honest and say the things nobody will have the balls to say. He is the jester who is outspoken in what he believes in most passionately and therefore cannot be pinpointed that he will do what you expect him to do.
View all posts by Edward →
This entry was posted in Current Events, Discrimination and tagged asian americans, asian businesses, district of columbia, la riots, marion barry, racism, rodney king, stereotypes, washington d.c.. Bookmark the permalink.