Korean Air targets you by your surname 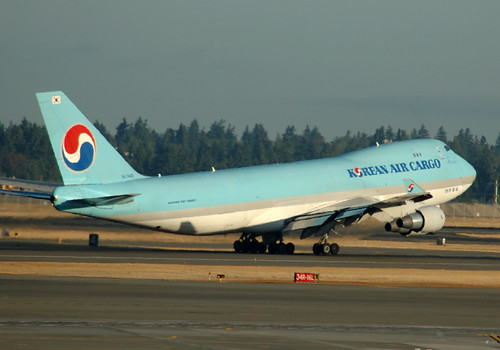 I thought it was a one time deal. Seriously. The first time I totally overlooked it.

But two barrages of snail mail junk is absolutely annoying. Korean Air has been pumping their US marketing up in the six months. Just take a look at one of the television commercials that’s playing here in the South. The Color of Perfection:

Now it might just be me, but the beginning of that commercial really doesn’t seem to tie well into the flight attendants in the end besides trying to make a color coordination. Somehow, I just don’t find flying as a “sexy” type of thing nor would I would associate a commercial with almost a designer cologne feel with an airline. Albeit an interesting spin on things I suppose. But I digress.

So about this snail mail spam. Why do I call it spam? It’s a direct mailing list based on your last name. I’m not exactly sure how they determine someone’s last name actually determines their ethnicity since both Chinese and Koreans use the last name Lee, and there are other names out there but it is what it is.

Before someone questions why I’m going off on this? I can’t speak Korean. I don’t read Korean. Heck, I’m not even Korean. And if there’s any sort of marketing that I happen to personally despise, it’s ones that target me based purely based on my last name. I mean, think about it. If my last name was “Lopez”, I seriously would hope that no one would send me mail that was entirely in Spanish unless there was some actual accounting that could show that I actually could read the language.

Ben Hwang is involved in a number of online publications and also writes at his personal blog, LUX.ET.UMBRA. When he's not in the middle of starting companies and dreaming up new ventures, he is heavily involved in local community efforts. Currently resides in North Carolina.
View all posts by Ben →
This entry was posted in Observations, WTF and tagged airline, Korean Air, marketing, spam. Bookmark the permalink.