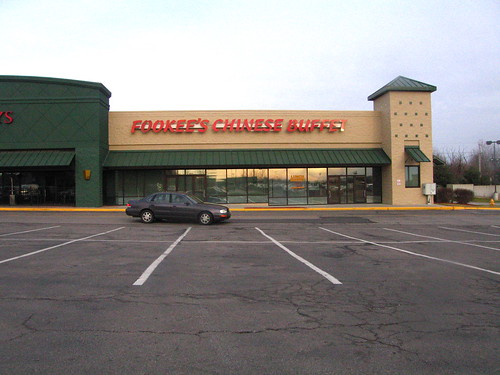 Have you ever noticed how Americanized Chinese food, really isn’t so Chinese?

I’ve found that interestingly enough, the food is… well, coarsely made. I’m not really sure how else to put it, but a lot of it is bigger, the time it’s taken to create the taste isn’t there. Just in general, it’s like the difference between say a burger at a fast food restaurant versus one served at a sit-in restaurant.

But that’s not all. A lot of the foods just aren’t the same, perhaps because the audience differs. It reminds of this one time when I took two of my colleagues to dim sum. They were open to trying the different types of food but in the end they broke down and asked if I could order something they were more used to seeing. The waiter actually asked me in Mandarin if he should bring out the American menu. (Yes, there ARE two different types of menus). From a Cantonese perspective, I would imagine that some people would have trouble swallowing the thought of eating barbeque chicken feet, or thousand year old egg in congee.

There are two different types of fried rice for example. When ordered in a Chinese environment, usually the rice is white and there are usually more vegetables and seems a lot less salty. In more Americanized fried rice, there usually is the tint of soy sauce in the rice itself, pan seared, and a lot more meat and egg. They both taste great, but one differs from the other.

Sorry, hate to break it to those that love it, but there isn’t chop suey, crab rangoon, or even the favorite “fortune cookie“. And I know that last one breaks the heart of one of my good friends to now know that it’s not even Chinese.

Ben Hwang is involved in a number of online publications and also writes at his personal blog, LUX.ET.UMBRA. When he's not in the middle of starting companies and dreaming up new ventures, he is heavily involved in local community efforts. Currently resides in North Carolina.
View all posts by Ben →
This entry was posted in Food & Drink, Observations and tagged americanized, chinese, cuisine, food. Bookmark the permalink.