Asians Can Be Just As Racist Too! 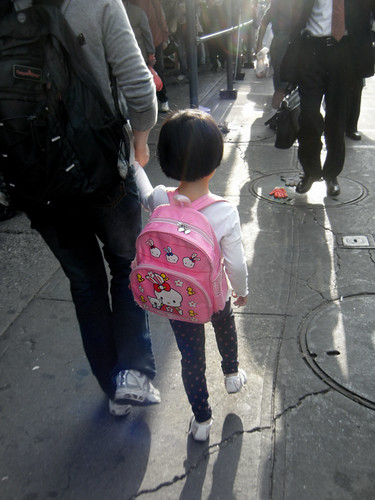 There seems to be a lot of discussion within the Asian American community about acts of racism against Asians, but very little about Asians acting racist themselves. It occurs frequently and seems to me to be a real problem. For example: the other day I was at a dinner party with a group of Asians, most of whom were in their 40s and 50s. At some point my friend’s parents began discussing her boyfriend with me (who wasn’t present). They weren’t enamored with him, and began listing out the reasons why. When they were done, one of the other guests asked, “So what is worse in your eyes? If your daughter continues dating her current boyfriend, or if she begins dating a black man?” They then had a long, serious conversation about this, and while not reaching a firm conclusion, also made it clear that the black man wasn’t winning any brownie points in their book.

The next day I was getting coffee with a friend of mine from Taiwan, and I mentioned this story to her. Her response: “Yeah! My parents do the same thing!” I got the same response from the next four Asian people I mentioned this to, so I don’t think this is uncommon. Also, all the people who were discussing this at the dinner party were intelligent, caring people, yet none of them seemed to think that there was anything wrong or even strange about disliking someone on the basis of race.

So, what’s the extent to which these problems exist? I’m reasonably convinced that amongst first generation Asian immigrants, racial stereotypes abound (especially against other non-Asian, non-white minorities), in large part because the homogeneity of most Asian countries doesn’t really prepare immigrants for the racial and cultural diversity that is America. Also, based on everything I’ve ever heard, non Asian non-white races are treated in Asian countries with at best, amused curiosity and at worst, outright disdain (as hard as it is for a Chinese person to deal with racial issues in America, imagine how much harder it is for a black man to deal with racial issues in China). But I’m curious what happens to immigrant children, people of my generation. Do they tend to adopt the attitudes of the society they grew up in, or does racism pass on through the family?

And what’s the impact of this to the Asian community? The most immediate impact is that it makes the Asian community a bit hypocritical – the same dinner guests who didn’t want their daughter dating a black man also complained about racial glass ceilings in the workplace, and while that point might still be valid, it’s harder to make persuasively when you are essentially guilty of the same behavior. It also has the effect of isolating the Asian American community. I don’t think my parents have any non Asian non white friends, and I don’t think any of their Asian friends do either. When others complain about Asians being insular, this strikes me as being one of the root causes.

What are your thoughts?

Rob is 24 and lives in New York City. He enjoys adventuring, discovering more about himself and the world around him, and connecting with other people.
View all posts by Rob →
This entry was posted in Discrimination, Lifestyles, Observations. Bookmark the permalink.