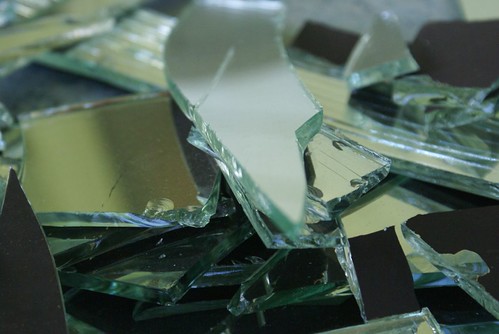 Some questions were raised in a recent interview in NPR about why there is a high percentage of suicide among Asian-American women. There are allusions to the high pressures of Asian parents and the usual stereotypes of submissive or sexualized women.

When I heard about this, I wasn’t surprised, because this has happened in my own family. But I can’t say I relate to the women stereotypes, because I was still just a kid when I first became depressed. Maybe I relate to some of the stereotypical parental pressures, but there were other problems.

I was born in Taiwan but raised in the U.S. from babyhood. I started out as a happy kid, but I became very depressed at the age of eleven. I felt helpless about finding help for this, because I didn’t feel I could relate to or communicate well with my own family, even my older brothers, who were essentially raised in a different culture. I felt I couldn’t talk to my American friends or teachers about it because I felt that they wouldn’t understand the kind of difficulty I was experiencing. Also having been raised in an affluent background, I sometimes questioned the validity of my own depression.

All this on top of the fact that seeking therapy or admitting to mental disorder seemed completely taboo (I’m sure this is true for many non-immigrant Americans as well), and one of my brothers probably had Asperger’s Syndrome when we had no idea what it was. I started to resent my own family for not addressing my brother’s Aspergian issues. It was a dysfunctional family without a lot of hope.

Like Ms. Wang experienced in her therapy, I was also skeptical of finding an American therapist or teacher who understood what I was going through. There were other Asian-American kids at school, but somehow they all seemed much more assimilated into American society and didn’t outwardly reflect the problems I was feeling. (My Chinese piano teacher seemed horrified that I was unfamiliar with all the standard Christmas songs, for example. Was I supposed to be mad at my teacher or my parents?)

But I was incredibly fortunate that I had a very functional and inspirational older brother who detected signs of my depression, and even though he had moved thousands of miles away to college, he recognized my feelings and my pain and kept reminding me that eventually there would be a way out. He helped me focus on what I could do later in life, when I could escape the confines of a dysfunctional family. I am not sure I would be here if he didn’t reach out to me that way.

When I was in my teens, my mother died, suddenly. I was told that she died of a heart attack. I was so stunned and numbed by this news, that I didn’t even have the impulse to hug my father like I wish I could have. It wasn’t until my father died many years later of cancer that I learned that my mother had actually committed suicide. But I wasn’t surprised. I knew she was depressed. But I didn’t know that she had also suffered from delusions.

I’m sure my whole family felt the guilt of not reaching out to her… and probably still do feel that guilt. Aside from the stereotypes of Asian culture, we had communication problems, we had cultural misunderstandings, and conflicts of values having grown up in differing cultures. I couldn’t comfortably express my feelings or thoughts at home, or if I did, I didn’t believe that anyone would listen or do anything about it. There was a huge sense of betrayal and isolation that grew from all of that. I also felt that my father was domineering and verbally abusive.

But looking back on it, my father likely had Asperger’s Syndrome as well. I believe my mother felt trapped (like I did) and tried to survive long enough to take care of us. When she became depressed and delusional, my family hid her mental illness from me (being the youngest) and anyone else. I understand that they wanted to protect us, but it ended up being very damaging, as my mother didn’t get the help that she needed.

There is a lack of education and awareness about mental disease in general, and any time there are unknowns, people become very afraid of it. I am still learning about it and dealing with it. I think there needs to be a heightened awareness especially for immigrant families, who fear mental illness and don’t know how to address it.

My parents also were very socially isolated, so that only diminished any hope of healthy-minded friends who could have reached out to them. As a result, I’ve made a point of broadening my social circle as a kind of extended family and support group. And even though my parents are gone, I have grown closer to my cousins and visit my extended family during the holidays to maintain a sense of family.

People who know me now recognize me as one of the happiest people they know. I’ve even been asked if I am ever sad, which is a little ridiculous. I am not a happy robot. I survived a very dark time, and so everyday I feel very fortunate to live a functional life now. I feel that I owe it to my parents to do what I can to be happy, because they weren’t as lucky to enjoy that. I had a lot of fears growing up, and along the way I’ve assured myself that I am capable and have found people who will support me. So now when times are difficult, I believe there is a way out of it, and I just need to be patient in finding it. And while I still try to be a very independent adult, I know that I can ask for help if I need it.

I should also point out that therapy is often not covered by insurance, so I am sure the financial burden of seeking therapy is a huge part of the problem. My father was self-employed, so I grew up without health coverage. My parents ultimately sacrificed their lives for us, and probably didn’t know any other way to deal with it, under the circumstances. I hope that any health reform that happens will address the complications of mental illness.

I hope that by sharing my story, it might help others understand the issues that lead to such tragedies and might prevent it from happening in your family.

ABOUT JUNE: June Shieh is a freelance Toy and Web Designer and a Californian transplant, now living in New York (soon to reside in Greenwich Village).

Thanks for rating this! Now tell the world how you feel - Share this on Twitter and on Facebook.
(Nah, it's cool; just take me back.)
MOODTHINGY
How does this post make you feel?
This entry was posted in (featured), Family, Observations and tagged depression, mental health, suicide, therapy, women. Bookmark the permalink.