Do Asians have to work harder to get into an Elite College? 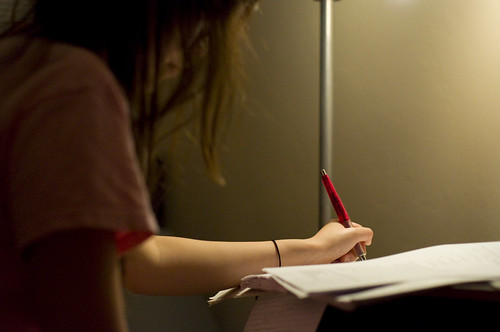 It may seem both extreme and crazy, but that Asian family might have the right idea.  According to this US News and World Report article, Princeton sociologist Thomas Espenshade calculated that for students with similar grades, test scores, athletic ability, and family background, whites were three times as likely as Asian students to get in an elite college.  When I first read that, I got pretty angry.  Do I have to push my kids three times harder than white kids just to keep up?  I calmed down when I realized that there are a number of caveats to this study.  The study did not factor in extracurricular activities other than athletics.  Mitchell Chang, a professor of higher education at UCLA, says in the article that Asian students might be less likely to participate in certain kinds of extracurricular activities and that Asian parents push their children to apply to big name schools.  Also, Espenshade’s data from the 80’s and 90’s deals with elite colleges – what about the next tier of schools?  I wish there was data about those.

Still, I have to admit that I am a bit spooked by all of this.  I don’t think that those mitigating factors I mentioned explain away all of that three to one advantage.  The Daughter will be applying to colleges next year, and I feel pangs of guilt that I let her drop out of Kumon a couple of years ago and didn’t make her to do club sports back when she was younger.  Remembering her experience applying to the local private high schools (there are entrance exams and of course, test prep courses for that exam), it’s going to be a stressful time next year for Number One Son.  On top of that, The Daughter will be going to waiting for college acceptance letters at the same time.  Spring of 2011 will not be a happy time.  Before then, I’ll probably end up reading Espenade’s forthcoming book Not Longer Separate, Not Yet Equal, that has more details from his study.
(Hat tip to John)