Abercrombie & Fitch Sales Decline: How Disrespecting Diversity can be Bad for Business 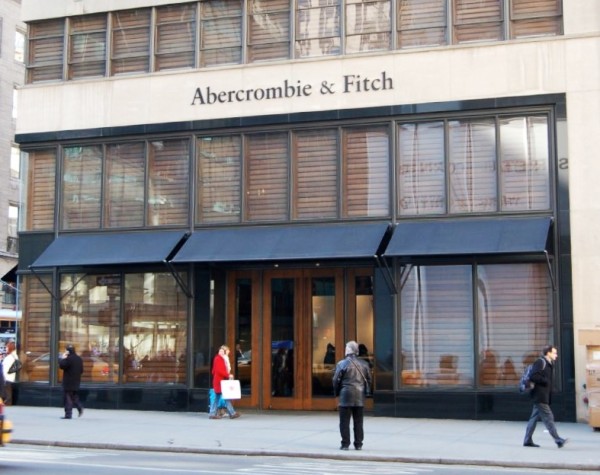 After managing to alienate significant numbers of Asians, Asian Americans, Muslims, African Americans, Hispanics,  overweight, and disabled people, Abercrombie & Fitch has found – surprise – that declining sales forced it into a quarterly loss.  In an attempt to regain some lost sales, the company has slightly retreated on its position of catering only to what the company’s CEO calls the “all American beautiful people” by now including sizes for larger people.    Abercrombie & Fitch is a case study of what happens can happen when a company doesn’t pay proper attention to the diversity of its potential customers.

Diversity can apply to

many facets of people.  Racial diversity is one aspect.  In 2002, these Abercrombie & Fitch T-Shirts playing on stereotypes managed to infuriate many Asian Americans.  Asians were upset by this model (shown below) brought into South Korea to open up one of their Hollister subsidiary’s stores and who later mocked Koreans over twitter.  Lawsuits have been brought by Hispanics and African Americans who say they weren’t hired or were only to work away from customers because they didn’t have the “right image.”  Abercrombie & Fitch targets 18-24 year olds, but that demographic is increasingly non-white in the US, not to mention already that way in the rest of the world.  Why would they want to alienate a growing segment of potential customers, especially one that has large and increasing buying power? There are other kinds of diversity that Abercrombie & Fitch seem to dislike.  The company lost a lawsuit filed by a Muslim woman working at Abercrombie & Fitch who was fired for wearing a hijab.  This wasn’t the first case.  Abercrombie & Fitch and its subsidiaries have also been sued regarding handicap access, forcing a women with a prosthetic arm to work away from customers, and preventing a woman from helping her autistic sister try on clothes in a dressing room.  They have even managed to alienate people who like Taylor Swift.

Abercrombie & Fitch has tried to make steps to address diversity issues, explicitly discussing it on their hiring web site.  I found this Abercrombie and Fitch apologist site to be an amusing attempt to win people to their side. Sales declines has been partially attributed to other factors like higher teen unemployment and changes in teen spending on other items.  Still, these other reasons for sales declines and Abercrombie & Fitch’s other  efforts are overshadowed by their long and ongoing history of negative behavior.  Respecting diversity is more than some notion of political correctness but it directly affects the corporate bottom line.   Gap’s use of Sikh man in an ad and their reaction to a racist defacing of it are a stark contrast.  Not coincidentally, Gap is profitable, and those profits are increasing. To me, it would seem much better to have a larger diversity of customers to than to chase a shrinking demographic of teen “beautiful people” who are notoriously fickle.

In the past, The Wife bought clothes for my sons at Abercrombie & Fitch, but stopped going there after feeling that she was unwelcome there because she wasn’t white.   The Daughter said that at her college, students (even the white ones) don’t wear Abercrombie & Fitch or Hollister, as these brands are generally associated with douchiness.  What would it take to get The Wife, The Daughter, and many others back as customers? Including larger sizes, while a good step, is not going to do it.  Some even say it is a step backward as the plus sizes are only available online, suggesting that Abercrombie & Fitch doesn’t want large people in their stores.  More drastic measures, such as rethinking their marketing and “Look Policy” in light of changing demographics, are needed.

Other summaries of Abercrombie & Fitch problems: