Asian American Influences in Real Estate: Silicon Valley and Beyond 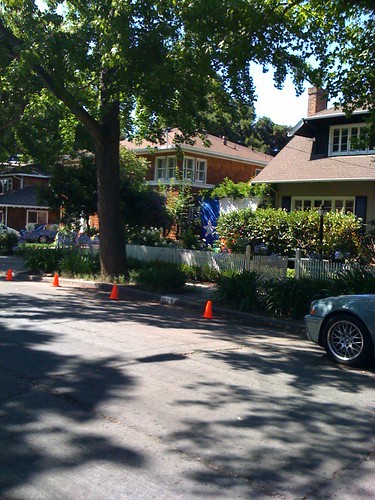 “You Asians Ruined Everything!”

My Brother-In-Law, a realtor in Silicon Valley, was taken aback when a white real estate agent suddenly said this to him.  The agent was complaining about the negative practices of some Asian-American real estate agents.  My Brother-In-Law (I’ll call him BIL for short – he lives with me as part of my extended family) told me about some of these:  giving a kickback/credit to buyers when working as a buying agent and encouraging double ending transactions (representing buyer and seller) by giving sellers commission discounts when this happens.  With lots of low ball commission rates offered by Asian-American agents, the clubby real estate world of 6% commissions is gone from the Valley forever.

The white agent didn’t talk about any of the positive aspects of Asian-American influences in real estate – such as helping to maintain prices and driving certain markets, particularly in those areas with good school districts.  Here in Silicon Valley, housing in well known “good” school districts such as Palo Alto, Cupertino, or Mission San Jose commands a premium, driven by education oriented Asian-American parents.  Even in areas with not so good school districts that are popular with Asians, such as where I live in North San Jose, houses go fast.   A house around the corner sold in a week.

Asian-American tastes are driving other changes in real estate.  Knowledge of Feng Shui is becoming a critically important part of selling and even in new house design.  A house at the cross point of a “T” intersection has bad Feng Shui, and many Asians won’t buy it.  Moreover, if anyone has died in a house, it becomes much harder to sell.  I remember a real estate agent we used who offered to thrown in Feng Shui services which would include detecting if anyone had died in the house. Some builders have learned to cater to Asian-American extended families by building new houses with a bedroom with a full bath on the ground floor, designed for housing older Asian-American parents living in extended families.

Outside of Silicon Valley, Asian influences on housing are appearing in places like New Jersey and Georgia.  This article from USA Today describes how Asian influenced mixed used developments and high-rises are sprouting up around the country, much like Asian influences have affected the architecture of Vancouver, Canada (when I first saw Vancouver, it reminded me of Hong Kong).  Gwinnett County in Georgia is building high-rises, encouraging higher density developments, and is actively courting Asian investors.

BIL tells me that Asian and Asian-American buyers have sensed the bottoming of the Silicon Valley real estate market and are driving a pick up in sales.  Many are backed by investors or family from Asia and are buying foreclosed houses cash and bidding up prices. I think we will continue to see a growing influence in real estate by Asian Americans, both financially and in housing design.