Chinese espionage on the rise 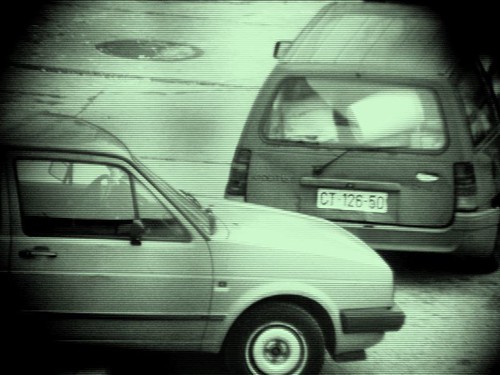 …at least that’s what the media is saying. And unfortunately, the only thing this type of negative news reporting does is create fear where it should not exist. Think about it. If the Chinese have sent their spies here to the United States, I’m sure that we have just as many over there in China. In fact, somehow, I wouldn’t doubt that our intelligence in China is far superior to anything they have over here.

The actual news story pertain to three arrests where one person was a weapons policy analyst for the Department of Defense and another individual in the engineering in aerospace that was allegedly passing trade secrets. Now, if these three individuals did have to do with handing over trade secrets and such, then shame on them – that’s not something that anyone should be doing and they should be taken in by law enforcement. But the real matter isn’t what the government did as much as how the media portrayed it.

See, the real fiasco here? The title of the piece is Chinese espionage in the US and they spoke of how it’s on the rise. What bothers me is that there are plenty of citizens and green card holders here that are here to live the American dream. While they might be steadfast in holding onto their culture, that doesn’t mean the general population should be painted as a place for those undesirables to hide out amongst. This would be no different from when we there was fear-mongering of Iraqi Americans when the Gulf War began or the fear of Japanese Americans when we created the internment camps during World War II.

What’s unfortunate here is that the CNN piece is severely more sensationalized than the Associated Press piece. Not that AP being less biased is a bad thing at all, but more so that CNN would be playing the whole headline game. While I do see the beauty of a great headliner, and why anyone would use sensationalism to drive a storyline to lead into the actual meat of a piece, we all need to step back a little bit and pull back on the reins. There are things in this world that causes controversy. One is painting a negative picture of a person’s beliefs, another is that of their culture. To generalize such a thing is no different than saying something like all North Carolinians are Duke fans during March Madness.

Step back a bit, and take a look at what you write and how you write it. Perhaps the journalist didn’t it mean to have this sort of backlash from their piece; I’m sure there was no harm intended from it. But the effect could become very ugly and from my perspective I just hope that the FUD isn’t a precursor to a repeat back in World War II.

Ben Hwang is involved in a number of online publications and also writes at his personal blog, LUX.ET.UMBRA. When he's not in the middle of starting companies and dreaming up new ventures, he is heavily involved in local community efforts. Currently resides in North Carolina.
View all posts by Ben →
This entry was posted in Discrimination, Observations, Politics and tagged , chinese, espionage, media, portrayal, sensationalism, spy. Bookmark the permalink.