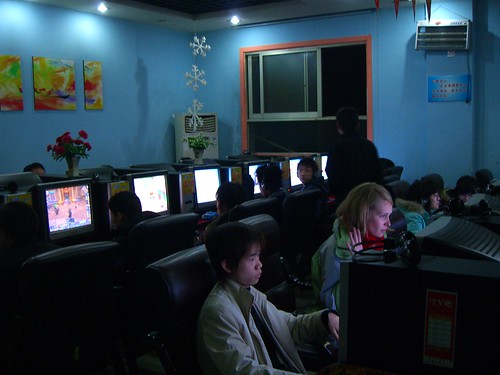 The Chinese government is now paying people to write commentary on the Internet to negate any bad “opinions”. This is the next logical step in order to try and control negative news, due to the nature of the Internet and how the Golden Shield can’t stop the flow of news as much as it tries to do so.

And at 50 cents a comment ($0.07USD), these guys can make a decent living just sitting around commenting as the Chinese Internet police. Think about it: if your average citizen’s annual salary is somewhere around $2000USD, that means that it would only take about 29,000 comments a year to make a living wage. That sounds impossible? Well, it’s not incredible difficult in the age of technology; on average, they would have to shoot for eighty comments a day. That’s still not that bad if it’s a job supplement.

Personally, I’m interested to see how they’re going to control media through state-sponsored commenting. While that seems to work, it also seems like they’re concentrating primarily on internal Chinese networks and less across international waters. While this was an edgy subject with bloggers only a couple years ago, it’s no different than accepting paid postings by advertisers which often left many blog readers wondering if the writer was genuine or if it was a paid commentary; loyalty is everything in cyberspace.

Either way, I have to say that it’s one of the more interesting passive ideas that has come out of the mainland instead of blocking traffic — at least it keeps the traffic flowing.

Ben Hwang is involved in a number of online publications and also writes at his personal blog, LUX.ET.UMBRA. When he's not in the middle of starting companies and dreaming up new ventures, he is heavily involved in local community efforts. Currently resides in North Carolina.
View all posts by Ben →
This entry was posted in Observations and tagged China, commentary, commenters, government, internet, paid, sponsorship, state. Bookmark the permalink.