Cowardly assault at WSU a reminder of racial intolerance 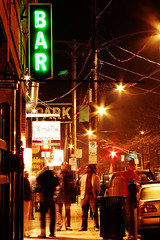 As the years pass, you would have imagined that racial tolerance would be progressing. Yet an incident that occurred at my alma mater, Washington State University, spoke of regression.

Why is this problematic? When I first read about this particular assault on Kyle Descher, I was actually shocked. In all the years I spent in Pullman, never was I even in a situation similar to this victim of a possible hate crime. In fact, the closest I have ever been to being victimized has been some name calling of which was easily shaken off. But perhaps times have truly changed for the worse.

The fact that Kyle was sucker punched while entering a local bar after some words that were exchanged, and that a Korean friend had a knife pulled on him the night before makes me truly wonder what goes on in people’s heads these days. What’s worse is that no one is willing to come forward to identify the assailants even though there were others in the bar. Even after friends and family have raises over five thousand dollars reward for any information that leads to the arrest and conviction of whomever was involved. That just blows my mind that no one “saw anything”.

His only crime apparently was being a “f***ing Asian.”

Even his uncle whom is the editor of The Daily Aberdeen, wrote a piece as a guest columnist in the Seattle Times on the tragedy of his nephew. Like his uncle, I’m saddened by the thought that ironically Kyle’s ill-fated night on a day where we recognized Dr. King whom wished for racial tolerance.

Perhaps a lesson to be learned is that there will always be “haters” out there. What a terrible thought, eh?

Ben Hwang is involved in a number of online publications and also writes at his personal blog, LUX.ET.UMBRA. When he's not in the middle of starting companies and dreaming up new ventures, he is heavily involved in local community efforts. Currently resides in North Carolina.
View all posts by Ben →
This entry was posted in Discrimination, Observations, WTF and tagged , assault, hate crime, racial intolerance, Washington State University. Bookmark the permalink.